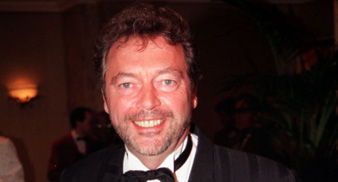 Television presenter and comic Jeremy Beadle died yesterday (January 30) after being admitted to hospital with pneumonia on January 25.

Prior to Beadle’s hugely successful TV career, with credits for prank shows Beadle’s About and You’ve Been Framed, the presenter was also responsible for organising the 1972 Bickershaw Festival, bringing Captain Beefheart and The Magic Band to the UK to play live for the first time.

Then a student, Beadle organised several US psych-rock bands to come play a muddy field just outside Wigan. Headlined by The Grateful Dead, other artists on the bill also included The Incredible String Band, The Kinks, New Riders Of The Purple Sage and Donovan.

Beadle was also well-known for his charity work, raising an estimated £100 million pounds for different organisations, including Children With Leukaemia and Reach, for children with arm and hand disabiities.

The cult TV celebrity was awarded an MBE for his services to charity in 2001.