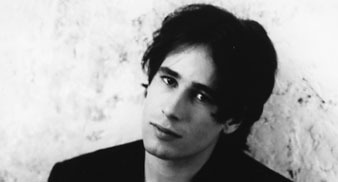 A new film, ‘Mystery White Boy’, is in development, covering the life and music of Jeff Buckley. The feature-length film is still in the early stages of script writing, but is likely to be released in 2008, following the 10th anniversary of his death (he drowned in 1997).

The film is being produced and overseen by his mother, Mary Guibert, and written by Brian Jun, whose most recent film, the critically acclaimed Steel City, was screened at last years Sundance Film Festival. Guibert is also hoping that the film will include unheard music.

No actors have been slated for the lead role. Guibert has moved to quash speculation that long-term Buckley fan Brad Pitt is in the frame. “No actors will be considered until the script is finished,” she wrote on Jeffbuckley.com. “Brad Pitt has never been asked to portray Jeff Buckley.”

Meanwhile, November 17 will mark what would have been Buckley’s 40th birthday and will see birthday tributes being organised by fans by way of celebration.