Jarvis Has A Meltdown

The former Pulp man to curate the South Bank festival 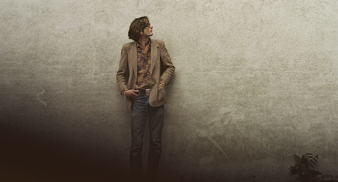 He is the fourteenth artist to be asked to curate the annual event which will take place this year between June 16 and 24.

The last Meltdown was directed by Patti Smith in 2005 – before the venue was closed for a refurbishment.

Jarvis is honoured to be directing this year’s festival and had this to say:
”C*nts may be running the world but a cock will be controlling the South Bank for one week in June. Jarvis Branson Cocker is honoured, proud and excited to announce that he will be curating this year’s Meltdown Festival. Your cultural life is in my hands. I can’t wait.”

The Meltdown programme of events is renowned for its eclectic mix of rock, classical and contemporary music, film, dance and performance, and each year Meltdown offers a guest director the opportunity to make his or her own fantasy festival come true, mixing artists and art forms, reflecting their own personal passions and interests.

Although most well known for being a 90s Britpop icon fronting Pulp, he has just released his first solo album “Jarvis” to much acclaim.

Jarvis has had many and various side projects including making videos for Aphex Twin, recording documentaries for Radio 4, moonlighting in bands with members of Radiohead and Fat Truckers, writing soundtrack music for the last Harry Potter film as well as songs for Nancy Sinatra, Marianne Faithful and Charlotte Gainsbourg. Last October he even guest edited the Observer Music Monthly magazine.
In short, he is the perfect candidate for Southbank Centre’s Meltdown director.

Glenn Max, the Southbank Centre’s producer says they are delighted to have Jarvis on board. He said: “With his curatorial inclinations and sense of ceremony, Jarvis Cocker was an obvious choice. There was little to explain to him about the Festival. He knows the game, and he knows exactly how to make it fun, challenging and perplexing. On the heels of his fantastic new record, it is safe to say that Meltdown is back in the eager hands of one of rock music’s most creative forces. Those who appreciate the history of this festival will be delighted by the ideas, humour and sense of mischief that will be oozing from this Meltdown.”

The full line-up for this year’s Meltdown will be announced soon.