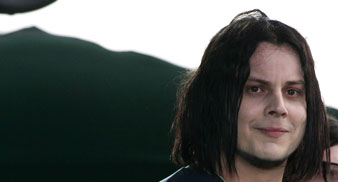 The album – co-produced by Richard Russell and Joby Talbot, the latter formerly of The Divine Comedy – will be available in limited quantities: 3,333 CDs and 999 LPs to be precise, and only through the Aluminium website.

The album will come accompanied by a series of 10 special images, created by artist and White Stripes collaborator, Rob Jones. The arty LP format will also feature a silk screen print by Jones.

As if that wasn’t enough, choreographer Wayne McGregor has incorporated several tracks from the haunting ‘Aluminium’ into a piece he is putting together for the Royal Opera House in Covent Garden this November.

Aluminium will be available for pre-order from November 6th, through XL, also label home to The White Stripes.

More details on the classical concept album can be found at www.alumiiinium.com