Iron Maiden's 'The Number Of The Beast' has been voted as the best British album of the last 60 years in a new poll. 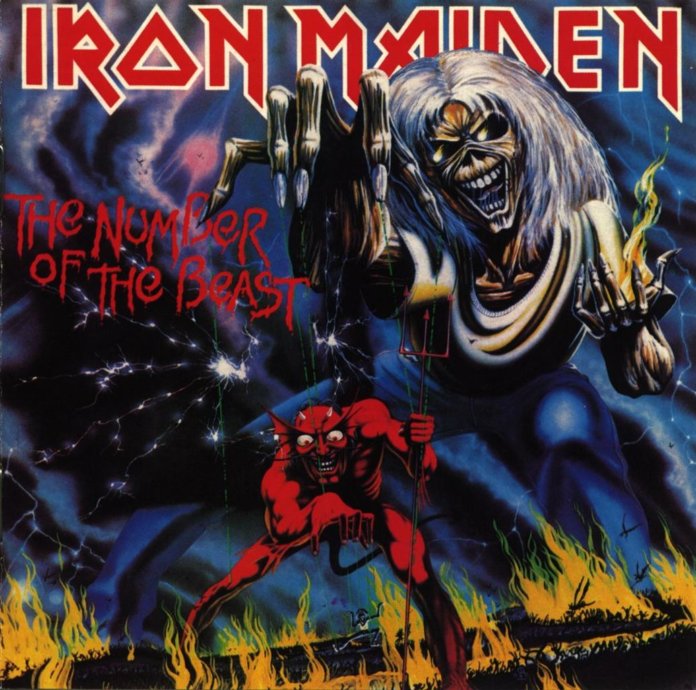 Iron Maiden‘s ‘The Number Of The Beast’ has been voted as the best British album of the last 60 years in a new poll.

The metal classic came out on top in a public vote conducted by HMV to celebrate the Queen’s Diamond Jubilee and took almost 10% of the votes cast.

Depeche Mode are a surprise in second place with their seminal album ‘Violator’, while The Beatles feature four times in the Top 10, firstly at Number Three with ‘Sgt. Pepper’s Lonely Hearts Club Band’.

The other entries from the Fab Four are ‘Abbey Road’ at Number Four, ‘Revolver’ at Number Six and ‘The Beatles’ (more commonly known as ‘The White Album’) at Number 10, with Pink Floyd’s ‘The Dark Side Of The Moon’ at Number Five. Queen are at Number Seven with ‘A Night At The Opera’, Oasis at Number Eight with ‘(What’s the Story) Morning Glory?’ and Adele is at Number Nine with her mega-seller ’21’.

Speaking about the achievement, Iron Maiden frontman Bruce Dickinson said: “We’re astonished and delighted to hear ‘The Number of the Beast’ has been named Number One. Some of the most influential and classic albums from the past 60 years were in the running so it’s a testament to our incredibly loyal and ever-supportive fans who voted for us.”

He continued: “Iron Maiden is a proudly British band, so to win this category as voted for by the British public, in Jubilee year, is very special. Thank you to all our wonderful fans!“

Outside the Top 10, The Clash are placed at Number 13 with ‘London Calling’, with David Bowie’s ‘The Rise and Fall Of Ziggy Stardust And The Spiders From Mars’ at Number 14 and The Smiths’ ‘The Queen Is Dead’ at Number 15.

Radiohead’s ‘OK Computer’ is 17th, with Black Sabbath’s self-titled effort at Number 16. The Who, Sex Pistols, Blur, Stone Roses, The Cure, Joy Division, Arctic Monkeys, Pulp and The Rolling Stones all failed to make the Top 20.

The 10 Best British Albums of the last 60 years as voted in HMV poll were as follows: