Iron Maiden Back In England 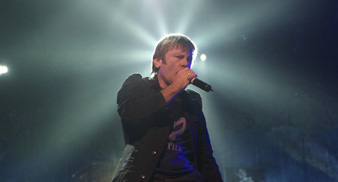 Iron Maiden have announced their first ever UK stadium show, as part of their Somewhere Back In Time world tour.

Maiden will play the 50, 000 capacity Twickenham Rugby Stadium on Saturday July 5, 2008 – their one and only UK show next year.

The band’s bassist Steve Harris has said they are very excited at the prospect of playing in London, saying: “It could be a bit of an understatement to say how excited we all are to be playing this show next summer. We’ve got hell of a tour planned visiting old and new fans all over the world but as always it’s great to get home and play here in London especially at such a prestigious stadium as Twickenham.”

Iron Maiden have previously only headlined major UK festivals such as Reading and Donington – Harris adds: “Fans who travel out to Europe for our stadium shows there have for a while been asking us to play one here as the audience in a stadium is much closer to the band than at a big festival and can see so much better.”

The Somewhere Back In Time tour will see Iron Maiden resurrect their 80s Powerslave Tour, with the stage production based on the same Egyptian theme.

Iron Maiden are also releasing DVDs of their classic Live After Death and Maiden England shows from the mid-80s, previously only available on VHS, on February 4, 2008.

Tickets for the Twickenham show will go on sale on November 30 at 9am, though memebers of the Iron Maiden fan club will get access to an exclusive pre-sale from November 28 at 9am.

The tour kicks off in India in February and already sold-out world tour dates so far confirmed are as follows – See www.ironmaiden.com for info.