All the info on Uncut’s essential Petty tribute 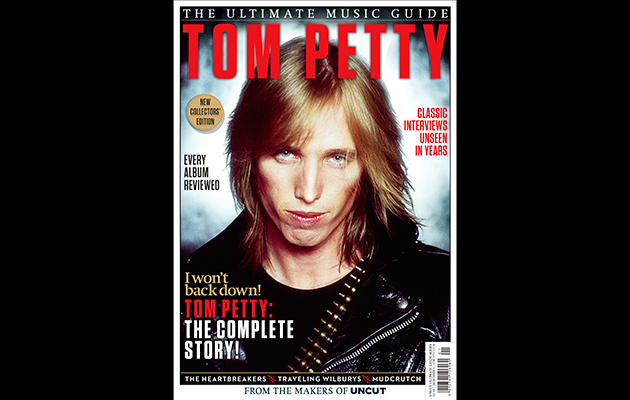 In 2016, Tom Petty offered us a tantalising glimpse of what motivated him. This potent, highly ambitious sense of determination helped him leave Gainesville, Florida in the mid-Seventies and which, he explained, still drove him 40 years later.

“I’ve come to realise that I’m always pushing that rock up a hill,” he told Jaan Uhelszki. “Because we don’t take the easy way. But that’s who we are and that’s the way we do it and it’s always worked out fine. And I’m going to keep doing it.

“Lindsey Buckingham told me years ago about how Fleetwood Mac ended,” he continued. “He came over one day and I said, ‘Why the split? Why don’t you go back to them?’ He said, ‘Because it became no longer holy.’ That made a lot of sense to me. When the band is holy is when you walk away.”

Petty’s death last October unexpectedly brought the curtain down early on this remarkable career – leaving behind a peerless body of work in which the highest standards routinely prevailed and where the loyalty of his closest bandmates was enduring, heartfelt and without question.

Our latest Ultimate Music Guide celebrates Petty and his formidable catalogue – with the Heartbreakers and Mudcrutch, as a solo artist and under that storied nom de plume, Charlie T Wilbury. Inside, we present classic interviews from the archives of Melody Maker, NME and Uncut, tracking Petty and his comrades through 40 years of glorious music-making. This memorial issue – which is available to buy now from our online store and is in shops from Thursday – includes incisive new reviews of each of his albums as well as a round-up of collectables and miscellanea. The magazine is on sale in shops now – and you can also buy it from our online store.

Evidently, it is painfully poignant that the final studio album released in Petty’s lifetime was Mudcrutch 2 – with the old Florida gang on band to end the story where it began. As Jason Anderson notes in his new review of that album, on one song, “Hope”, Petty sings, “You give me hope you help me even out… without even tryin’, you take away my doubt”. In such forthright gratitude expressed to his oldest collaborators – including Mike Campbell and Benmont Tench – we see Petty underscoring friendship, connectivity and a shared love for music. Simple qualities, in abundance here.