Introducing The History Of Rock 1987

Starring U2, The Beastie Boys, REM, Guns N'Roses, The Sugarcubes, Tom Waits, The Fall and The Justified Ancients Of Mu Mu 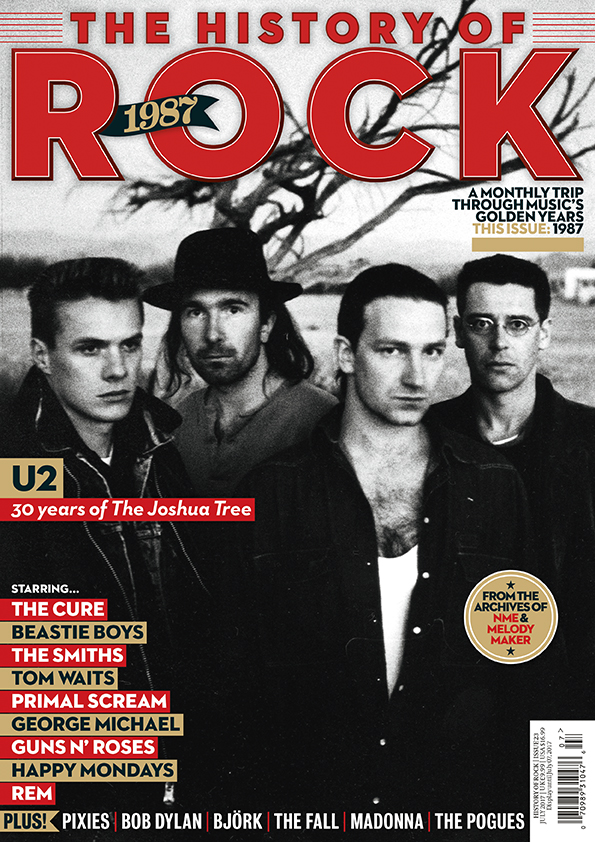 In a nice bit of synchronicity, our History Of Rock series reaches 1987 this month; an ideal opportunity to mark the 30th anniversary of The Joshua Tree activities with a U2 cover. The issue arrives in UK shops on Thursday, but you can already buy a copy of History Of Rock 1987 from our online shop. A reminder, too, that the whole encyclopaedic series is available there: a lavish and forensic collection which takes deep dips into the archives of NME and Melody Maker to find the best stories of each year from 1965 onwards. Obviously I’m biased, but it’s really built up now into a pretty amazing project that’s part nostalgia, part nostalgia, and entirely a celebration of the great music and great music writing of the past half-century.

Anyhow here, as ever, is John Robinson to provide a more elegant and detailed welcome to 1987…

“The 1980s have given it a bit of a rough ride so far, but this year marks a spirited return for rock. The Beastie Boys have leaped to notoriety sampling Led Zeppelin, while Def Jam producer Rick Rubin has worked a powerful transformation on The Cult. Also on Def Jam, hip hop group Public Enemy are described as the best rock group in the world’.”

“Energy, attitude, sedition…Rock’s abiding principles are this year to be found in plenty of different places. In the grassroots noise of small and disreputable UK bands who play something called Grebo. In the swashbuckling, bad reputation riffs of Guns N’ Roses. In the cathartic, political new album by REM, which provides a disturbing snapshot of America.

“America is also a focus for our cover stars, U2. This year they use their mastery of extravagant gestures and stirring dynamics to deliver their hardest and most focused album yet: The Joshua Tree. It’s rock at its best: noisy, moving and politically-charged.

“As ever, there are magnificent exceptions to the rule. From Iceland, the Sugarcubes and their singer Bjork arrive from a place completely outside the western rock tradition. From the north-west of the UK, meanwhile, originality of the most thrilling kind derives from The Fall and a faintly villainous new concern called the Happy Mondays. A pair of conceptualists called The Justified Ancients Of Mu Mu participate in music to steal from, subvert, and liberate it.

“This is the world of The History Of Rock, a monthly magazine which follows each turn of the rock revolution. Whether in sleazy dive or huge arena, passionate and stylish contemporary reporters were there to chronicle events. This publication reaps the benefits of their understanding for the reader decades later, one year at a time.  Missed one? You can find out how to rectify that here.

“In the pages of this 23rd edition, dedicated to 1987, you will find verbatim articles from frontline staffers, filed from the thick of the action, wherever it may be.

“With Tom Waits, in a bar with a inscrutable waiter and a stopped clock. On tour in the Bible belt with the Beastie Boys’ and their inflatable stage penis. Discovering how these days his band’s enormous success means Bono has a whole new circle of acquaintances.