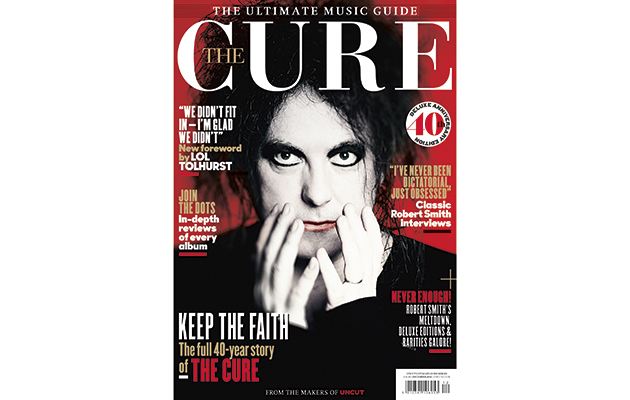 From the earliest days of The Cure, it seems that Robert Smith has kept one eye focused on his band’s legacy. Earlier this year, for instance, Smith revealed that he still had a cassette recording of the band’s first gig as The Cure – on July 9, 1978 at The Rocket, a local pub in Crawley. “I used to record everything from the side of the stage,” he told BBC Radio 6 Music. The gig, we learn, ended in a fight – “as proper gigs usually do, it was a good night” – but Smith’s keen archivist instincts fortuitously remained intact.

With the absence of any new music from The Cure since 2008’s 4:13 Dream, Smith has subtly reconfigured his role in the band. He has taken on an increasingly curatorial position, overseeing expansive live sets that act as extended celebrations of his band’s singular legacy, like their show at Hyde Park over summer, or more intimate fan-pleasing events including their Cureation appearance at Meltdown.

The band’s 40th anniversary celebrations this year further allowed Smith and his cohorts the opportunity to reflect on a remarkable career – from their earliest days in the pubs of West Sussex through to their Disintegration-era imperial phase and beyond.

All of this, incidentally, is documented in our updated and upgraded edition of our Ultimate Music Guide to The Cure, featuring a bespoke forward from Lol Tolhurst. This is available in shops from December 18, but available now from our online store.

“To me, Robert’s always been exactly the same – like he was back then, but almost sixty years old,” Tolhurt tells us. “We formed a band, just practicing in the music room. The late ‘70s in England was particularly horrible and pretty violent – trips to the pub could end up with your face smashed in. We made music to keep us out of that, and to get out of Crawley…”