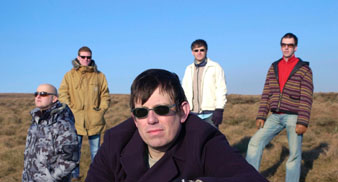 Inspiral Carpets have reunited with original singer Stephen Holt for the first time since 1989.

The Manchester stalwarts, who originally reunited in 2003, were thought to have split up earlier this summer after then-vocalist Tom Hingley put out an announcement saying that the band had parted ways. However, it has since been revealed that they have reconciled with Holt and are recording their first new material for over 15 years.

Keyboardist Clint Boon told XFM of the reunion: “We’ve not actually started writing new material yet, but we are getting in the studio with the intention of doing just that. We’re also going to be re-recording some of the songs we did back in the mid to late ’80s. We’re celebrating the birth of the band and going back to the garage-y roots.”

Boon confirmed that the band would make their live comeback with Holt at a show supporting Interpol. He also revealed that Noel Gallagher auditioned to replace Holt when he first left in 1989.

He said: “When Steve left the band, very amicably, that’s when Noel Gallagher auditioned to take his place as a singer for the Inspirals. We ended up with Tom Hingley, who’s a great singer and still is. Imagine if we’d taken on Noel? That’s another chapter of the Inspirals‘ history that we should maybe one day investigate.”