Inaugural LodeStar Festival Is Cancelled Due To ‘Poor Weather Perception’ 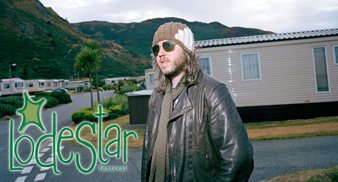 This year’s inaugural LodeStar festival, due to take place next month, has been cancelled.

Taking place on a farm in Cambridgeshire, the festival was to be headlined by Badly Drawn Boy, Idlewild, Maps and The Pigeon Detectives.

Doug Durrant, organiser of the festival on his family’s farm suggested that poor ticket sales were affected by music fans’ “weather perception”.

He said: “Despite a tremendous amount of effort in marketing the festival, unfortunately we were battling against all the pictures and reports about the dreadful weather we’ve been having this year.”

“The weather might have turned around but it’s really come too late for LodeStar,” he added.

Focusing on putting on the festival next year, Durrant explained: “I think that when you’ve worked hard for two years to put on a fantastic festival for people and I doesn’t happen, the only way to get over it is to look forward.”

Ticket holders are entitled to a full refund.

In other weather related festival news – parts of the Carling Reading festival site is still waterlogged, but organiser Melvin Benn is adamant that the event on August 24-26 will go ahead.

Benn said: “I’d guess about 25 per cent of the campsite is under water and before long someone will say the festival is in danger, so I just wanted to say that the festival will definitely take place.
The water levels are going down, but we’ve got loads of
of plans in place to move the campsites and parking if necessary.”