Hammer Of The Goddesses 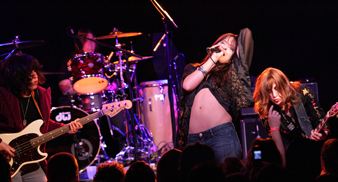 Steph Paynes, Lez Zeppelin’s founder, dismisses those who don’t believe they are capable of recreating the intricate musicianship of the original band: “It takes only a few chords for the audience to realise that they’re going to get something genuine and intense, not some gimmick. And that’s when they go kind of crazy.”

Lez Zeppelin play their first UK show at the Mean Fiddler this Sunday.

Ticket details available from the venue at meanfiddler.com or by clicking here