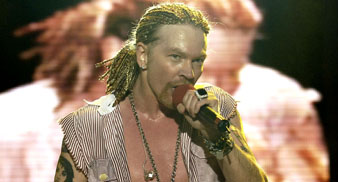 Guns N’ Roses have announced they are to play three UK arena gigs this October.

Meanwhile, the band are also set to headline the Reading And Leeds Festivals, which take place between August 27 and 29.