He suffered a massive stroke on Monday 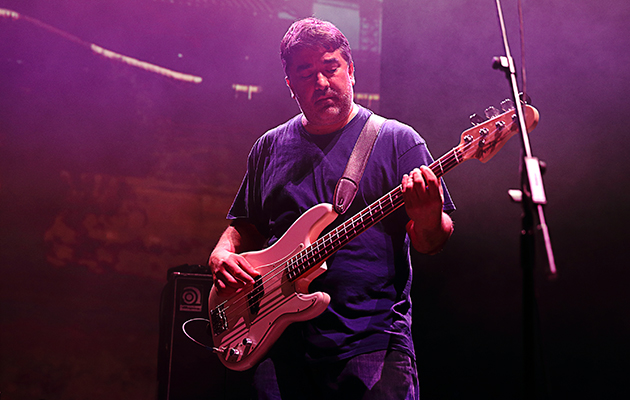 Kevin Garcia, one of the founding members of Grandaddy, has died aged 41.

The bassist suffered a massive stroke on Monday, according to the band. Writing on their Facebook page, the band said, “We were all able to say goodbye to him and he was surrounded by his closest friends and family here in Modesto.

“Kevin started playing with Grandaddy when he was fifteen. He was an actual angel. He navigated life with a grace, a generosity and a kindness that was utterly unique. And contagious. He is loved so deeply by so many.

“Kevin was a proud father of two children, Jayden and Gavin. He is survived by his grandmother Joan, his parents Randy and Barbara (who let us practice at their house until 2001…and who are the best), his brothers Craig and Jeff and his wife Sondra.”

Grandaddy released their debut album Under The Western Freeway in 1997. It was followed by The Sophtware Slump (2000), Sumday (2003) and Just Like The Fambly Cat (2006). They split up in 2006, reforming for a series of reunion concerts a few years later.

The band have asked for donations to a GoFundMe page to help with Garcia’s family’s expenses.