Gorillaz have announced that they will release a new track called 'DoYaThing' later this month. 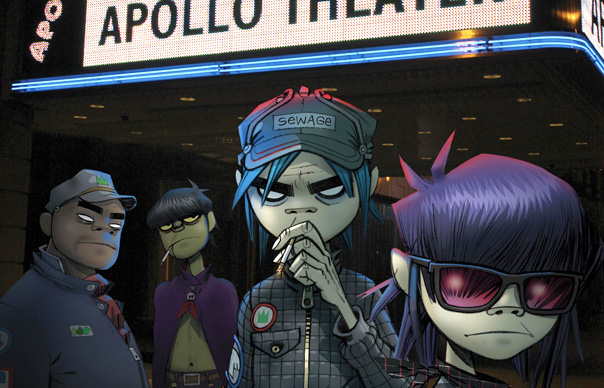 Gorillaz have announced that they will release a new track called ‘DoYaThing’ later this month.

The band have teamed up with Outkast‘s Andre 3000 and LCD Soundsystem‘s James Murphy for the song, which was recorded for Converse’s ‘Three Artists. One Song’ campaign and will be available as a free download from their website Converse.co.uk on February 23.

In the past, the ‘Three Artists. One Song’ campaign brought together rapper Soulja Boy, Andrew WK and Matt And Kim to record a collaboration, and also saw Graham Coxon, Paloma Faith and ex-The Coral guitarist Bill Ryder-Jones collaborate to record a track together in 2010.

Gorillaz’ Jamie Hewlett has also designed a new shoe-range for Converse to go with the track, and is also working on an accompanying video. Singer Damon Albarn, meanwhile, told The Sun that a 12-minute unedited version of the track would also be released in the future.

Albarn also revealed last November that he had been meeting up regularly with Blur to record new material, while producer William Orbit hinted that the band could soon start work on a new studio album. The Britpop legends will be performing together at this year’s Brit Awards, when they are honoured with the Outstanding Contribution To Music Award at the ceremony at the O2 Arena on February 21, 2012.