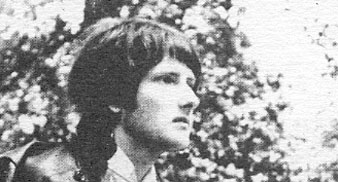 After his disappearance six months ago, singer-songwriter Gerry Rafferty has been discovered living in hiding in the south of England.

Fears had been growing in recent months for the safety and whereabouts of Rafferty after he disappeared from St Thomas’ Hospital last Summer.

Rafferty has battled alcoholism for years and trashed his London hotel room last August, before checking out of St Thomas’ where he was being treated for liver problems.

Friends and family of the singer were alarmed after his disappearance, especially as Rafferty left his clothes and personal belongings at the London hospital.

The proprietor of the London hotel Rafferty had previously been staying at reported to the press that the carpets, bedframe and curtains in Rafferty’s room had to be removed and incinerated. “He has damaged quite a lot of his room, because he has been incontinent for four days,” said Alex Huggan, “there was blood and urine everywhere.”

Last month the website ultimate-guitar.com reported that Rafferty may have been kidnapped. However, the story prompted a response from one of the site’s users. “Don’t worry. He’s fine,” read the post, “I served him in a restaurant just off Piccadilly Circus tonight, then helped him to his hotel. Thought he looked familiar, so I went back and asked the porter his name.”

Earlier this month another reader reportedly spotted Rafferty at a hotel in Bournemouth, it is believed he is currently being looked after by a friend. “I spoke to him two weeks ago and he’s fine,” Rafferty’s spokesperson, Paul Charles, today told The Independent