George Harrison’s Banjolele Up For Sale!

Three of George Formby's instruments go under the hammer 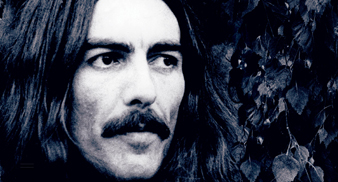 Three of George Formby‘s banjolele’s are going under the hammer at a Bonham’s auction next month (June 18).

The Dallas E Banjolele, which was used by Formby at live shows in the ’30s was sold to Beatle George Harrison via an auction.

The auction will also include a letter, dated 1961, sent by Harrison to Formby.

Another of the instruments, the Abbott ‘Monarch’, or ‘Little Strad’ used for the recording of his most famous song, ‘When I’m Cleaning Windows’ is expected to fetch an estimated £25,000 – 45,000.

George Formby’s Dallas C banjolele will also be sold at the Knightsbridge auction house, estimated at £20,000-30,000.