The electro pioneer to perform 1979's Replicas in full 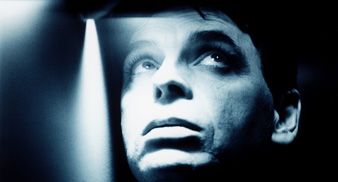 The electro genius will be performing his 1979 number one album ‘Replicas‘ in full at the shows.

The Beggars Banquet released album featured the defining singles ‘Are Friends Electric’ and ‘Down In The Park’ and Numan will also be performing the B-sides to the singles on the tour.

The hugely influential album has seen many artists cover tracks – including Damon Albarn recording one of the more obscure Replicas’ ‘outtake’s ‘We Have A Technical’.

Sugababes scored a UK Number 1 in 2002 by sampling ‘Are ‘Friends’ Electric?’ for their single ‘Freak Like Me’ and other acts who have covered tracks on Replicas include Smashing Pumpkins, Beck and Moloko.

Numan is also set to appear in a forthcoming episode of gothic comedy The Mighty Boosh.

2008 sees Gary Numan celebrating 30 years since the release of his first single, ‘That’s Too Bad’ from his debut ‘Tubeway Army’ came out on February 10, 1978.

Numan will also be celebrating his 50th birthday.

The Replicas tour kicks off in February. Numanoids get yourself to:

‘Me! I Disconnect from You’
‘Are ‘Friends’ Electric?’
‘The Machman’
‘Praying to the Aliens’
‘Down in the Park’
‘You Are in My Vision”
‘Replicas’
‘It Must Have Been Years’
‘When the Machines Rock’
‘I Nearly Married a Human’
‘Do You Need the Service?’*
‘The Crazies’*
‘Only a Downstat’*
‘We Have a Technical’*
‘We Are So Fragile’*

* are outtakes from the original LP added for the CD.