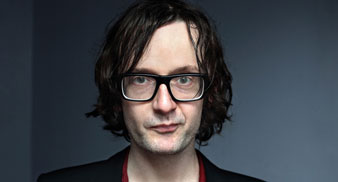 Edwyn Collins and his label, Heavenly Records, have called on 25 of their closest acquaintances to design one-off record sleeves for his new single ‘Home Again’.

Franz Ferdinand, Jarvis Cocker, Graham Coxon and ex-Buzzcocks frontman, Pete Shelley are amongst the names to have customised a 7″ sleeve.

“Rather than just put out a download and bore ourselves to tears, we decided to ask friends of ours and Edwyn’s to customize the sleeves to 25 copies of the 7″ release of the single,” said a statement on Heavenly’s website.

“On the 23rd of June, those personalized sleeves will be sealed in bags and put into shops with all the other copies of the single. You go and buy one, pot luck says you might get one with exclusive artwork in. It’s been the most fun we’ve had with a record release since God knows when.”

All proceeds will be donated to Connect, a charity dedicated to support for stroke sufferers.

To check out the designs and see where you can pick up a copy of the single go to edwyncollins.com.