Grohl offers fans another chance to see the Foos live 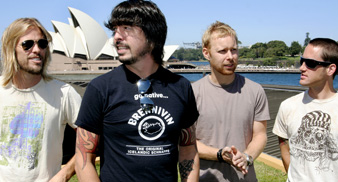 Foo Fighters have added another date to their November UK tour, after fans snapped up tickets to the rest of the jaunt.

Dave Grohl and co will now call at Nottingham Ice Arena on November 14 before they head to London’s O2 Arena for the final two nights of their UK shows.

Tickets are set to go on sale on September 28 at 9am.

The band’s full UK dates are now as follows: