Fleetwood Mac To Head Out On US Tour 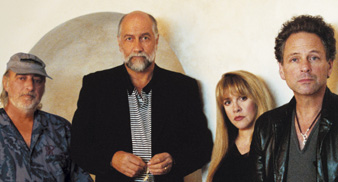 Fleetwood Mac are to head out on a US tour next year, their first dates for five years.

The line-up of Lindsey Buckingham, Stevie Nicks, John McVie and Mick Fleetwood will kick off the ‘greatest hits’ tour on March 1 2009 in Pittsburgh, and are currently set to tour until March 26 – however, it’s likely the dates may be expanded.

Buckingham told Billboard.com earlier this year that the group are likely to record a follow-up to 2003’s “Say You Will” in the near future.

He explained: “I think maybe there was even a sense that we would make a better album if we went out and hung out together first on the road… maybe even sowing some seeds musically that would get us more prepared to go in the studio rather than just going in cold.”

Tickets for the gigs went on sale today (December 5).