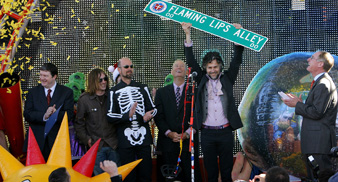 The Flaming Lips have been announced as one of the headliners for Camp Bestival – a new festival from the organisers of Bestival on the Isle of Wight.

Billy Bragg, Suzanne Vega, King Creosote and The Cuban Brothers have also been confirmed for the event.

Tickets for the festival are £120 including camping. Children under 12 go free.