The track is taken from The Austin Sessions: Expanded Edition 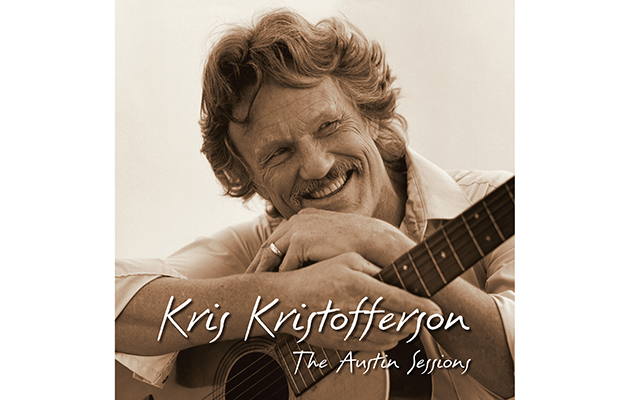 We’re delighted to be able to preview an unreleased session outtake for Kris Kristofferson‘s “Best Of All Possible Worlds”.

This version is taken from The Austin Sessions: Expanded Edition, released by Rhino on February 10.

Originally released in 1999, The Austin Sessions found Kristofferson recording stripped-down versions of his best-known songs, including “Me and Bobby McGee” “Why Me?” and “Sunday Morning Coming Down”.

“Best Of All Possible Worlds” is one of two tracks left off the original album, along with “Jody And The Kid“, which make their debut on the expanded version. Producer Fred Mollin says the songs show different sides of Kristofferson’ songwriting. “One is lighthearted, dry, sarcastic and one of the greatest examples of Kris’ humor and storytelling, while the other is just deeply emotional and shows the true aching heart that can be felt like an arrow, from Kris to the listener.”

The tracklisting for The Austin Sessions: Expanded Edition is:

“Me And Bobby McGee”
“Sunday Morning Coming Down”
“For The Good Times”
“The Silver Tongued Devil And I”
“Help Me Make It Through The Night”
“Loving Her Was Easier (Than Anything I’ll Ever Do Again)”
“To Beat The Devil”
“Who’s To Bless And Who’s To Blame”
“Why Me?”
“Nobody Wins”
“The Pilgrim: Chapter 33”
“Please Don’t Tell Me How The Story Ends”
“Best Of All Possible Worlds” *
“Jody And The Kid” *