Eric Burdon To Play With WAR Next Week 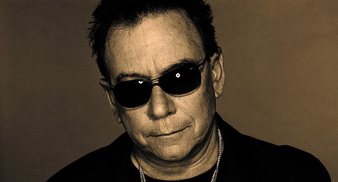 Burdon, former frontman of The Animals joined US funk band WAR as vocalist on two studio albums in 1970, Eric Birdon Declares “War” and The Black-Man’s Burdon and the show next week coincides with a massive reissue campaign by Rhino records.

The one-off show will see Burdon play with WAR’s Lonnie Jordan for the first time in 37 years, the other members of the band having been replaced since the original 1969 incarnation.

Eric Burdon and Lonnie Jordan are due to be interviewed on ‘Later With Jools Holland’ this Friday (April 18) on BBC2.

Check out Uncut’s in depth review of the Eric Burdon and WAR back catalogue reissuesby clicking here.