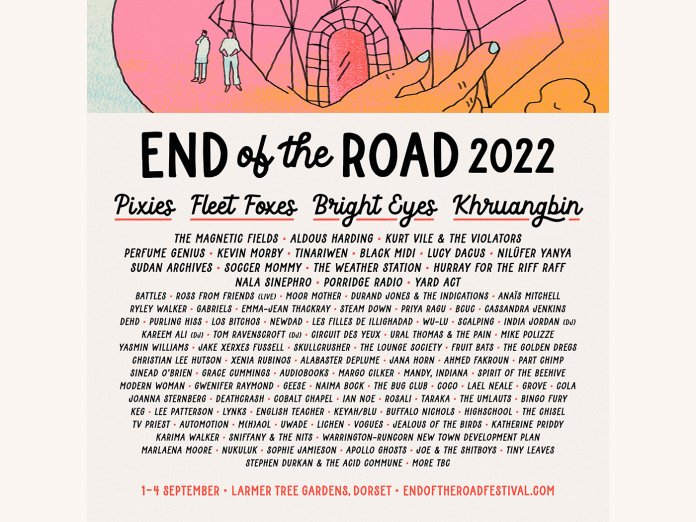 Battles, Soccer Mommy and 6Music DJ Tom Ravenscroft are among the artists to have been added to the 2022 End Of The Road Festival line-up.

The news comes as a handful of extra tickets go on sale today (April 12) at 9am BST. End Of The Road returns this September 1 – 4 at Wiltshire’s Larmer Tree Gardens.

We’re delighted to once again be partnering with End Of The Road for what promises to be a brilliant festival.

“I’m beyond excited about our 2022 lineup, which features artists we’ve been asking to play since 2006 and includes some of the greatest songwriters of all time in my opinion,” says End Of The Road co-founder Simon Taffe. “It really feels like this is the summer all festivals have been waiting for, a summer three years in the making for some. We have all been through a lot together and it feels good to be back, and to finally be able to dance with friends and artists from all over the world again.”