End Of The Road – Day Three 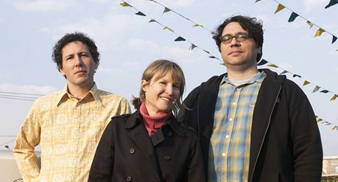 The closing day of the End of the Road festival (September 16) will see a Folk Idol crowned later this evening, before Lambchop headline the Garden stage.

Johnny Flynn and the Sussex Wit and Euros Childs played to packed audiences on the Big Top, Bimble Inn and Garden stages respectively, with Childs braving bad weather to play the 15 minute title song from his The Miracle Inn album.

Ex-Arab Strab member Malcolm Middleton debuted new material, with “Week Off” from next year’s as yet unnamed acoustic LP, and did a bit of unpaid advertising, praising the Japanese buffet and “resident Basil Fawlty” at a Swindon hotel.

End of the Road record label’s Bostonian signings, The Young Republic, played a covers gig in The Local to mark their third set of the weekend which included a raucous version of Bob Dylan‘s ‘Highway 61 Revisited’, while blues icon Seasick Steve played his second gig of the day on the Garden stage following a smaller set in the Bimble Inn earlier in the afternoon.

The Local stage has been holding heats for the EOTR installment of its annual Folk Idol competition, and the winner will be announced after Nancy Elizabeth’s set later tonight.

Sets from James Yorkston and Howe Gelb are still to come, so stay with the Uncut Festivals blog for more news and reviews from End Of The Road here.