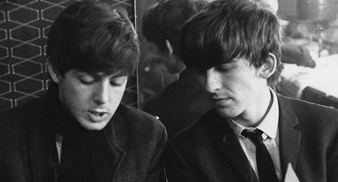 A document featuring the signature of Eleanor Rigby, thought to be the inspiration for The Beatles‘ song of the same name, has sold for £115,000 at an auction yesterday (November 27).

McCartney, who wrote the song, the second track on the band’s 1966 “Revolver” album, donated the document to the Sunbeam Music Trust.

It was auctioned at London‘s Idea Generation gallery last night.

The Rigby of the song was previously thought to have been inspired by a gravestone at St Peter’s Church in Woolton.