Elbow To Produce I Am Kloot’s Next Album

Guy Garvey returns after working on the band's 2001 debut 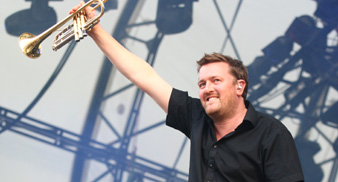 Elbow‘s Guy Garvey and Craig Potter are to produce fellow Mancunian’s I Am Kloot‘s next studio album, it has been revealed.

The duo also produced the band’s 2001 debut ‘Natural History’ and the new album is due for release later this year.

Garvey said in a press statement: “Listening to the demos was like being jostled by gentlemen thieves. I looked down and my heart was gone, and my fucking wallet!”