Duffy Debuts At Number One On Downloads Alone

Welsh soul newcomer storms to top of the singles chart 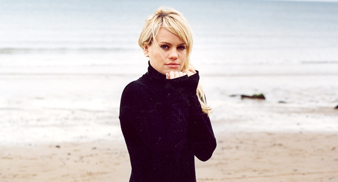 Welsh soul singer Duffy has stormed to the top of the UK Top 40 singles chart with her debut single ‘Mercy’.

The newcomer, who previously had released a limited-to-500 copies track ‘Rockferry’ in November last year, has charted at number one with her first single proper, with sales based on downloads alone.

Duffy outsold this week’s number two, ‘Nickelback’s ‘Rockstar’ by 6,000 copies, with the physical single not being released until February 25.

The singer’s debut album Rockferry, produced by Bernard Butler is due for release on March 3 which she will be supporting with a UK tour from May 25.

This week’s UK album charts saw Hawaiian Jack Johnson remain at number one for the second week with ‘Sleep Through The Static’, and Morrissey charted at number five with his ‘Greatest Hits.’

Duffy’s headline tour is as follows: