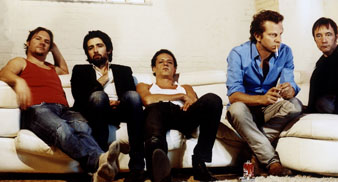 Belgian alt-rockers dEUS have announced that they will play a one-off UK date this April, ahead of the release of their brand new album Vantage Point.

The band will play London’s Scala venue on April 14, ahead of the album’s release on April 28.

A more extensive European tour is expected to be announced for the Autumn.