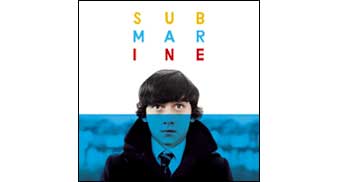 The singer has written soundtrack songs for Submarinea Richard Ayoade-directed British film which was recently premiered at the Sundance Film Festival.

Turner will release a six-track EP featuring his songs from the film on March 14.

Submarine is based on the debut novel of the same name by Joe Dunthorne, and follows the story of a 15 year-old boy who is struggling to lose his virginity while struggling to keep his parents together. It hits UK cinemas on March 18.

Turner previously worked with Ayoade on Arctic Monkeys‘ 2008 live music DVD At The Apollo. The IT Crowd actor also directed the music videos for the band’s ‘Fluorescent Adolescent’, ‘Crying Lightning’ and ‘Cornerstone’ singles.

Arctic Monkeys are currently finishing off their new album with producer James Ford in Los Angeles.