Plus plans in place for Wedding Present's 20th anniversary tour 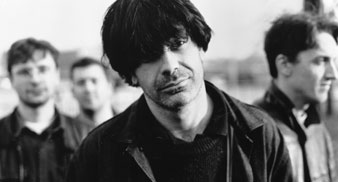 The Cinerama John Peel Sessions are to be released through Sanctuary records next month.

Featuring 36 tracks collated from the band’s ten John Peel Sessions – recorded between 1998 and 2004.

As well as their original tracks, the three disc set also features covers of The Turtles’ ‘Elenore’ and The Carpenters’ ‘Yesterday Once More.’

The Turtles track was in fact recorded for John Peel as a sixtieth birthday present from Gedge, who had a close relationship with the DJ.

As previously reported on Uncut.co.uk, there are also plans for the Wedding Present to re-live their ‘George Best’ tour of 1987.

They are to play a special 20th anniversary tour this October – playing the same venues as they did then. The Wedding Present will play ‘George Best’ in it’s entirety as part of the show each night.