David Bowie’s return to active service with The Next Day has been described as the greatest comeback ever and I’m sure every Bowie fan is hoping this will in fact be the truth of the matter when they finally get to hear the album, which is released on March 11, still a tantalising couple of weeks away at the time of writing. 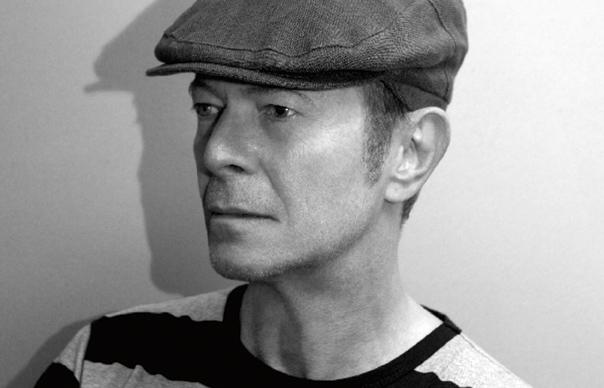 David Bowie’s return to active service with The Next Day has been described as the greatest comeback ever and I’m sure every Bowie fan is hoping this will in fact be the truth of the matter when they finally get to hear the album, which is released on March 11, still a tantalising couple of weeks away at the time of writing.

Will it in the final reckoning stand up to former Bowie glories and seriously compare with the many brilliant records in his career that have preceded it, a triumphant resurrection? It has a lot to live up to, that’s for sure. But does it deliver everything the Bowie fan, starved of new music from him for the best part of a decade, will want from it?

The answer according to David Cavanagh who writes about it in the new Uncut is a resounding yes. In an epic, definitive review of The Next Day in the issue of Uncut that goes on sale this Thursday (February 28) David (Cavanagh, not Bowie) describes an album that sounds as thrilling and provocative as anything Bowie has previously produced. What he has to say about it is a must-read for the Bowie fanatic who wants to know everything about it, their anticipation by now whittled to a fine point of excitement as the year’s most significant release date looms.

In our 10-page special on the album, we also talk to Bowie’s key collaborators on the project, including guitarists Gerry Leonard and Earl Slick, drummers Sterling Campbell and Zachary Alford, bassist Gail Ann Dorsey, producer Tony Visconti and Tony Ousler, who directed the video for “Where Are We Now?”, revisit a decade of sometimes underestimated Bowie music and discover that over the last 10 years Bowie has not been as inactive as you might have thought.

The imminent appearance of The Last Day and the understandable fuss surrounding it threatens of course to overshadow everything else in the coming weeks, but there’s plenty elsewhere in the new Uncut to command the attention, not least a great interview with Stephen Stills by Jaan Uhelszki, who visited him at home in Los Angeles, a box-set of his momentous career being readied for release as they spoke. Stills has long had a reputation for being cranky and difficult and his on-and-off stage sparring with ‘soul brother’ Neil Young down the years has entered musical legend. The Stills who emerges from Jaan’s interview, however, is keen to set the record straight about this and many other things people assume about him. Who would have thought he could be such a charmer?

Elsewhere, we have a vivid appreciation by Neil Spencer of the life and music of Fela Kuti, Afrobeat pioneer, freedom fighter, political prisoner and in the words of one of his former managers ‘a tornado of a man’. Also in the new issue, there’s an interview I did in New York recently with Matthew Houck of Phosphorescent, ahead of his own terrific new album, Muchacho, and sadly what will likely be the last interview with Wilko Johnson.

The former Dr Feelgood guitarist as you’ve probably heard was diagnosed with terminal pancreatic cancer towards the end of 2012 and given less than a year to live. I went down to Westcliff, just outside Southend, to spend an afternoon with him, during which time he looked back on the group’s fantastic heyday and less happily the bitter falling out with vocalist Lee Brilleaux that led to Wilko walking out on the Feelgoods while they were still celebrating the sweeping success of their Stupidity album, which briefly made them the biggest band in the UK. Paul Weller, meanwhile, adds a personal tribute to Wilko and how he and the Feelgoods were an inspiration for punk.

Also in the issue, we have an Audience With Van Dyke Parks, Edwyn Collins talks us through his back-catalogue highlights, The House Of Love recall the making of “Christine” and Keith Altham, the former NME writer and PR for The Rolling Stones and The Who, bids sad farewell to his friend, Reg Presley of The Troggs.

As ever, our review section is full to bursting. There are new albums from Low, My Bloody Valentine, Suede, Emmylou Harris and Rodney Crowell, John Grant, Thurston Moore’s Chelsea Light Moving, the reformed Crime & The City Solution and Billy Bragg, box-sets devoted to Duane Allman, Blue Oyster Cult and The Graham Bond Organisation and in concert we review Kraftwerk, Nick Cave and John Murry.

The new issue just to remind you is on sale from Thursday, February 28.