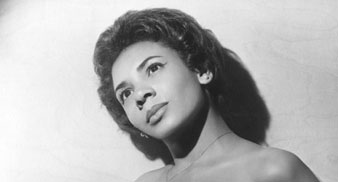 Dame Shirley Bassey’s first solo single, in nearly a decade, is to be released next month.

If a number one chart hit, the single “The Living Tree” will make the singer whose career spans five deacades, the oldest living artist to do so.

Bassey has been followed with renewed interest following a sell out 2006 arena tour and the recent M&S Christmas ad campaign.

Her first new single in ten years was not planned as a career move- the opportunity to record a new song came following a chance meeting with the songwriters near her Monte Carlo home.

Luckily for fans, Bassey agreed to the new song and has already become a live favourite after it was debuted on television programme “Another Audience with Dame Shirley Bassey” as well as performed at 2005 Royal Variety Performance.

The single is released on April 16 and will be followed later in the month by “The Living Tree Album”, the album features remixes by Dirty Vegas’ Paul Harris. There are also rumours of new recordings being included.