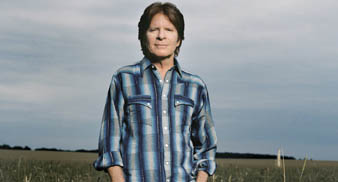 John Fogerty has announced that he will play two shows in the UK this June.

Fogerty’s show in London marks 38 years since he last appeared at the Royal Albert Hall. He previously performed there in April 1970.

With his return to the venue, Fogerty will celebrate last year’s studio album release Revival with his show’s repertoire featuring his solo and CCR hits.