They play the Trinity album in it's entirety 20 years on 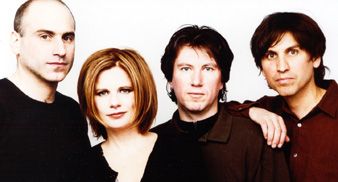 Cowboy Junkies are the latest addition to the All Tomorrow’s Parties Don’t Look Back Series of shows this year.

The group who have just released their latest album “At The End Of Paths Taken,” have announced that they will perform their seminal 1987 album, “The Trinity Session” in it’s entirety, on it’s 20th anniversary.

Their most renowned work was recorded live in a single day with a single microphone in a church in Toronto, and now they will perform it live at London’s Royal Albert Hall on October 10.

“The Trinity Session” also includes a cover version of The Velvet Underground’s “Sweet Jane” based on VU’s live version.
The single was used in the Oliver Stone’s contentious movie Natural Born Killers.

Coinciding with the Don’t Look Back Show, the group will also release a DVD/CD set of a performance of “The Trinity Session” – with guest contributions from Ryan Adams, Vic Chesnutt and Natalie Merchant.

To coincide with the show, Cowboy Junkies will be releasing a special DVD/CD set of a performance of The Trinity Session in honour of its 20th anniversary on which the band revisits the album’s classic repertoire with contributions from Ryan Adams, Vic Chesnutt and Natalie Merchant.