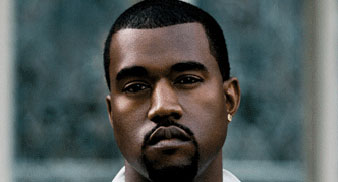 Far from the misogynistic template of much contemporary hip hop, Kanye West is a man with ambition – and not just ambition to own the biggest houses and the flashest cars. His songs tackle deep topics, including the plight of child diamond miners, and he’s often spoken out for gay and black rights.

Don’t expect empty posturing at his V set – there’ll be intelligent lyrics and cutting edge beats alongside the de rigeur showbiz glamour. West will no doubt be previewing tracks from his forthcoming third album, ”Graduation”, which, if you needed any more convincing, his mother believes is his best yet. It’s going to be quite a show.