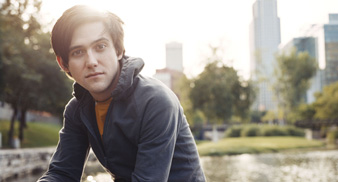 Bright Eyes’ Conor Oberst has today (April 30) been confirmed to play the End Of The Road festival, which takes place in Dorset this September.

As previously announced, End Of The Road will see headline performances from American Music Club and a UK exclusive festival performance from Mercury Rev.

Other Uncut-friendly highlights include Calexico, Sun Kil Moon, Low and the Dirty Three.

The intimate award-winning festival (Best new festival in 2006, UK Festival Awards) has a maximum capacity of 5000 and takes place at Larmer Tree Gardens from September 12 – 14.

Tickets and more information is available from the EOTR festival website here:www.endoftheroadfestival.com

The line-up confirmed so far is: