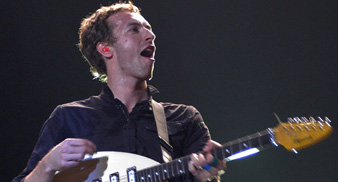 Coldplay have confirmed that their new album is to be named ‘Vida la Vida’ — after the inscription meaning long live life that frontman Chris Martin saw on a Frida Kahlo painting.

Speaking to Rolling Stone magazine, Martin explains that the Mexican artist’s painting was inspiring. He said: “She went through a lot of shit, of course, and then she started a big painting in her house that said ‘Viva la Vida’. I just loved the boldness of it.”

Martin also admits that other connations are apparant with his choice of title, especially that of Ricky Martin’s Living La Vida Loca global hit . He said: “Everyone thinks it comes from Ricky Martin, which is fine. I have absolute respect. I’ve been through this before, naming something or someone and everyone saying that ‘That’s a terrible name’.”

Adding: “But then saying, ‘Well, fuck you, that’s what it’s called, and I’ll be proved to be right eventually’. So when ‘Viva la Vida’ came along, I was kind of annoyed because I’m going to have to try and convince everybody of this, but it just felt right.”

The tracklisting for the album is yet to be confirmed, but Rolling Stone reports that two tracks that could be included are ‘Lovers In Japan’ and ‘Strawberry Swing’.