Cameo role in real-life This Is Spinal Tap movie 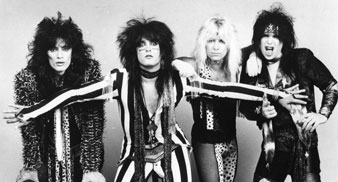 Christopher Walken is to take on the role of the dark rock lord Ozzy Osborne in the forthcoming Larry Charles directed film “The Dirt” about excessive LA rock group Motley Crue.

Neil thinks having Walken on board will be perfect casting, saying “How funny is that going to be?!”

In the book of “The Dirt”, tales of Osbourne on the road with Motley Crue, include snorting a line of live ants poolside and taking LSD every day for a year ‘just to see what would happen.’

Neil also said that other stars are planned to appear in the film as rock stars, including former Batman, Val Kilmer as Van Halen’s ‘Diamond Dave’ – David Lee Roth.

Kilmer is experienced at playing famously excessive rock stars. He has previously played the roles of Elvis Presley in 1993’s “True Romance” and Jim Morrison in the Oliver Stone 1991 biopic “The Doors.”

The actors chosen to play Motley Crue themselves will be unknowns.

“The Dirt: Confessions of the World’s Most Notorious Rock Band” had no
limits with it’s gritty confessionals, describing in dirty detail – the drink, the drugs and the sex-fuelled rock star behaviour of Vince Neil and Crue band mates Tommy Lee, Mick Mars and Nikki Sixx.

The film made by Paramount and MTV is now in preproduction and is expected to be completed in 2008.