But no plans for a Libertines reunion show 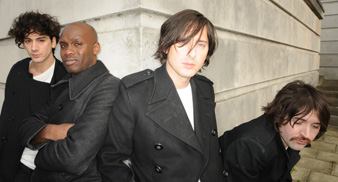 Dirty Pretty Things frontman, Carl Barat has said he would only consider reforming The Libertines in order to record a new album.

“A lot of my friends say you should only do a reunion if you’re going to write a new album. I agree. Otherwise it’s just a cash-cow, a glory-milker,” said Barat, talking to The Independent.

But he has no plans to reunite with his ex-band member, Pete Doherty on stage for a Libertines reunion gig.

“It’s certainly a friendship I cherish. But I want to let it be for a while.”

Presumably showing he still had some commitment to his old band, he concluded: “I’ve still got ‘Libertine’ tattooed on my arm.”