Maverick old-timers, Hollywood Noir and cowboys. The news, the gossip and the winners from this year's Cannes Film Festival... 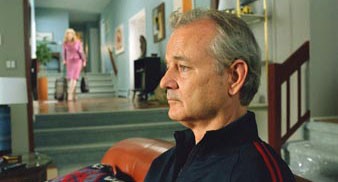 This is the end!

A clutch of 21st century reinventions of film noir, coming-of-age slacker yarns and neo-westerns have helped make the last week of Cannes a rich experience for Uncut’s festival foot soldiers.

The young Icelandic writer-director DAGUR KARI, highly praised for his bleak debut Noi Albinoi two years ago, came back in more romantic vein with Dark Horse. A gentle slacker comedy about a Danish graffiti artist facing the strains of love, life and adulthood, this little monochrome gem is a winning blend of early TRUFFAUT and classic JARMUSCH. A member of the Icelandic indie-folk duo SLOWBLOW, Kari also provides the film’s soundtrack.

But so much for the young turks. The real revelations of the closing stages of Cannes have come from a posse of maverick old-timers making their strongest statements in years. German arthouse legend WIM WENDERS has turned in his finest film for over a decade by re-uniting with Paris, Texas co-writer SAM SHEPARD on Don’t Come Knocking, another sumptuous road movie about broken families and Old West myths seen through the jaded eyes of an ageing western star, played by Shepard himself.

Also delving into modern-day cowboy mythology is The Three Burials Of Melquiades Estrada, the terrific feature directing debut of grizzled hard-ass TOMMY LEE JONES. Written by GUILLERMO ARRIAGA of Amores Perros and 21 Grams fame, this poetically bleak Tex-Mex fable adds one shot of Unforgiven to two shots of Bring Me The Head Of Alfredo Garcia. With a face as battered and pockmarked as Mount Rushmore, Jones gives a magnificently weary performance as Pete Perkins, a desert rancher who vows to avenge a Mexican friend shot dead by a US border patrol guard. “Pete IS Tommy,” Arriaga told Uncut. “They are the same person…”
Now it is time for Uncut to saddle up and head home. But watch out for these and more post-Cannes treasures in the coming months.


And finally, Ladies and gentlemen… the victors at the 2005 Cannes Film Festival: