Isobel Campbell and The Noisettes also confirmed for award-winning festival 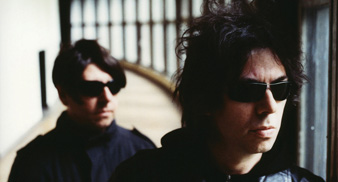 The first acts have been confirmed for the fifth annual Secret Garden Party near Huntingdon in Cambridgeshire.

Echo & The Bunnymen, Rilo Kiley, Little Barrie, Prince Buster and The Noisettes are part of the eclectic line-up.

This year’s bash sees expansion in capacity to 6,000 and a fourth day, so the colourful festival runs from July 26 – 29.

As the only non-branded non-corporate festival in the UK – the lovingly crafted festival has added a brand new main stage, more diverse stages and activities – as well as having a complete landscape redesign.

The party’s theme this year is ‘Brave New World’ and organisers are looking for ‘Gardners’ to get involved – if you’re willing to spend your weekend dressed up as a bear or milkmaid or other such new world garb, you’ll get a reduced price ticket.

The artists confirmed so far are: