Canadian rocker-turned-photographer coming over to support '11' 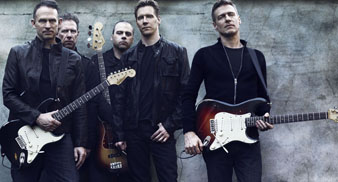 Preceding the new album, his first since 2004’s Room Service, fans can get a taster of the first single ‘I Thought I’d Seen Everything’, by downloading it for free from music retailer HMV here: hmv.com/bryanadams.

Coinciding with the album and tour, an exhibition of Bryan Adams portrait photographs ‘Modern Muses’ will be shown at London’s National Portrait Gallery.

Tickets for the shows go on sale this Friday (March 14) at 9am.

Bryan Adams backed with a full band will play the following UK venues in 2008.