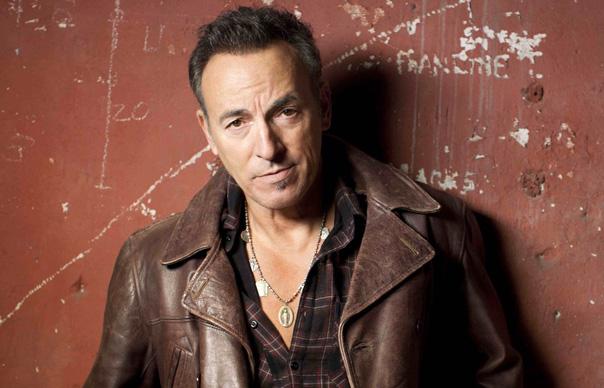 Joined by Pat Smear, the Nirvana reunion saw the band perform new song “Cut Me Some Slack” which has been written by Grohl and McCartney for the drummer’s forthcoming documentary Sound City. Speaking from the stage shortly before bringing out Grohl and Novoselic, McCartney said: “So recently, some guys asked me to go and jam with them.” Adding: “I finally understood that I was in the middle of a Nirvana reunion.”

Bruce Springsteen and the E Street Band earlier opened the show with “Land Of Hope And Dreams”. After “Wrecking Ball”, Springsteen spoke to the crowd about the Jersey Shore, saying: “It was painful to see it damaged… because the Jersey Shore has always been a special place, because it’s inclusive… I pray that that characteristic remains on the Jersey Shore, that’s what makes it special.”

Springsteen and band then performed an impassioned “My City Of Ruins”, which segued into Tom Waits’ “Jersey Girl”. Springsteen then bought fellow Jersey native Jon Bon Jovi onto the stage and the pair performed “Born To Run” together.

Roger Waters then performed a set which included Pink Floyd’s “In The Flesh”, “Another Brick In The Wall” and “Money”. He was joined by Eddie Vedder of Pearl Jam for “Comfortably Numb”.

Bon Jovi played “It’s My Life” and “Wanted Dead or Alive” before speaking to the crowd. “This recovery is not going to be quick, it’s going to take a while,” he said, “but we are strong, we are New York, we are New Jersey.”

Bruce Springsteen then returned to the stage to sing “Who Says You Can’t Go Home” with the band, leaving Jon Bon Jovi to lead the crowd in a sing-along version of “Livin’ On A Prayer”.

Eric Clapton was the next musical guest, singing an acoustic “Nobody Knows You When You’re Down And Out” before an electric “Got To Get Better In A Little While” and “Crossroads”.

The Rolling Stones then performed :You Got Me Rocking” and “Jumpin’ Jack Flash”. They were followed by Alicia Keys.

The Who played “Who Are You”, with frontman Roger Daltrey delivering an uncensored ‘fuck’ in the middle of the song. They followed it with “Bell Boy” – complete with video of their late drummer Keith Moon – “Pinball Wizard”, “Baba O’Riley” and “Love Reign O’er Me”. At the end of their set, Pete Townshend told the crowd to: “Have a fucking beer!”

Next was Kanye West who, wearing a leather kilt performed a medley of “Clique”, “Mercy”, “Power”, “Jesus Walks”, “All Of The Lights”, “Diamonds From Sierra Leone”, “Touch The Sky”, “Gold Digger”, “Runaway” and “Stronger”.

Billy Joel then played “Miami 2017 (Seen the Lights Go Out on Broadway)”, “Movin’ Out”, “Have Yourself A Merry Little Christmas”, “New York State Of Mind”, “River Of Dreams” and “You May Be Right”.

The show was made available to two billion people globally via television and livestreaming. 12-12-12: Concert For Sandy Relief will be broadcast in full tonight (December 13) at 10pm on Sky Arts 1 and at 12 on Sky Arts 2.