The E Street Band confirmed for next year's final 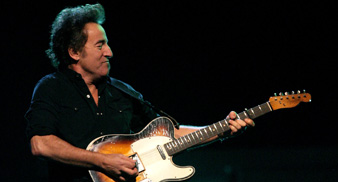 Bruce Springsteen & The E Street Band have been confirmed to play the Superbowl half-time show next February.

The half time show is the most watched TV slot in the US, and the 2008 game saw an estimated 148 million people tune in to see this year’s performers Tom Petty and the Heartbreakers.

The Superbowl XLIII is set to take place in Tampa Bay, Florida on February 1.