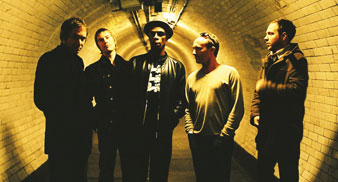 Britpop successes Ocean Colour Scene have this week released an album of their complete BBC sessions, recorded over the last ten years.

The digital-only release is part of record label Universal’s BBC deal – allowing archive material to be released from the vaults.

Other bands whose sessions have been released recently are Therapy?, Pulp, The La’s and The Bluetones.

The collation of OCS’s BBC sessions features fifteen tracks including the mid 90s hits “Riverboat Song”, “Travellers Tune”, and “The Day We Caught The Train.”

The band’s Steve Craddock said it was a trip down memory lane putting the album together, he said: “We recorded so many sessions over the last 10 years for the BBC, it’s great to pull out the old stuff and hear it again. The BBC has a built a fantastic archive over the years and to be part of the drive to make it all available to download is pretty mad. We’re really chuffed.”

You can listen to three tracks from the OCS sessions right here: