Plus the band announce a London gig for next June 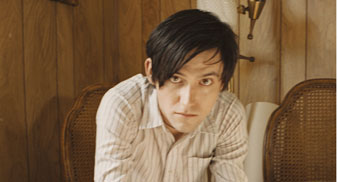 Bright Eyes have announced their new album will be called ‘The People’s Key’.

Frontman Conor Oberst has recently been releasing music under his own name and with the Monsters Of Folk collective, but will return to his band moniker for their seventh album, due out on February 14.

It was recorded at their own ARC Studios in Omaha, Nebraska and produced by Mike Mogis, also a member of Monsters Of Folk.

The band will play a London gig at the Royal Albert Hall on June 23.

The tracklisting for ‘The People’s Key’ is:

‘Firewall’
‘Shell Games’
‘Jejune Stars’
‘Approximate Sunlight’
‘Haile Selassie’
‘A Machine Spiritual (In The People’s Key)’
‘Triple Spiral’
‘Beginner’s Mind’
‘Ladder Song’
‘One For You, One For Me’