The Skids reform to play T In The Park too, 26 years after disbanding 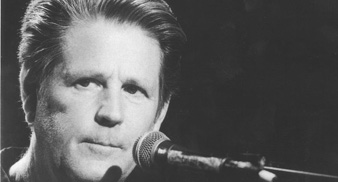 T In The Park today announced two major new additions to the line-up for this year’s event.

The music festival that takes place from July 6 – 8, has already confirmed headlining shows by Arctic Monkeys, The Killers and Snow Patrol. Performances from Razorlight, Scissor Sisters, Kasabian and Rufus Wainwright have also been confirmed.

Beach Boy Brian Wilson is to headline the Pet Sounds Arena on Saturday July 7. He will play the tent that was named after the Beach Boys seminal album, which is an indicator of what a big influence the music legend has at T.

This will be Wilson’s only UK festival appearance, as he is currently composing a specially commisioned concert repetoire for the reopening of the Royal Festival Hall this September.

Wilson has previously told Uncut that the new piece entitled “That Lucky Old Sun (A Narrative)” will consist of “four rounds – interspersed with spoken word.”

As well as Wilson, the second coup for the festival is that influential Scottish art-punk band The Skids will reform and play T this summer in celebration of their 30th anniversary. They will play an exclusive Main Stage set on Sunday July 8.

Formed in Dunfermline in 1977 the band scored four hit albums including “Scared To Dance” and “The Absolute Game” before breking-up in 1981.

More recently, the band have gained renewed interest through the U2’s charity single with Green Day for the Hurricane Katrina appeal last year. They covered The Skids classic “The Saints Are Coming.”

The band’s line up in 2007 is: Richard Jobson, Bill Simpson, Mike Baillie and Bruce Watson.

For T’s full festival line-up or to register for exclusive updates from Tinthepark.com – click here