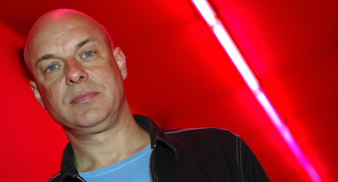 Speaking about the release, Abraham said that it “contains the fruits of several years of jams between the three of us”.

He added: “I’ve not heard anything quite like it – it sounds ‘live’ and ‘alien’ at the same time. Some things have been permitted to survive, which only Brian would have had the courage to let go, and it’s so much the better for it”.

Full details of the album are yet to be announced by the dance label, although a website, Brian-eno.net, has been set up where fans can sign up for updates.

Eno has worked as a producer in recent years, with the likes of U2 and Coldplay calling upon his services.